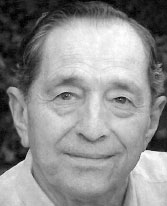 When Bernhard was 9, his father was taken by Russian police because of his faith. When the German army retreated in 1943, offering German-speaking civilians the opportunity to leave with them, the family travelled by train to Poland. The German army sent Bernhard’s father to trade school in Czechoslovakia, and the family was reunited in Mittweide, Germany, in 1945. In 1948, on the Charlton Monarch, Elisabeth caught Bernhard’s eye. They married in Waldhof, Paraguay. Their first son Viktor died in infancy. Bernhard’s dream of moving to Canada was fulfilled in 1957. He worked in construction, and in 1963, built his home in Ladner, B.C. Bernhard and Elisabeth served the church as deacons, catering committee members, Bible study leaders, and choir members. He and his brothers formed the Neufeld Quartet. Bernhard lived his passion for the good news on mission trips with Disciple Making International, including to his hometown in Ukraine, where he led a childhood friend to Jesus. Bernhard took his last water ski at 70. Following surgery in 2009, Bernhard lost the use of his legs, but with determination, learned to walk again. Elisabeth cared for him until a stroke took his life. Bernhard loved talking to his
heavenly Father.