What's New
Abortion, the image of God, and faithful witness...
Choosing motherhood: The sacrifice of honouring life
MWC Assembly small but full of joy
Bad back doesn’t hold back MDS volunteer
Transition in CCMBC National Faith and Life Leadership
Leading through the trauma of covid: Part three...
The church distracted: When the main thing is...
Remote wilderness rescue turns into service with MDS...
How open is your mind?
Following Jesus together across barriers
Home Bernard Henry Wall 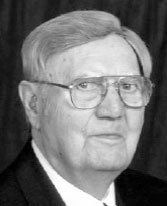 Bernard’s father, uncle, and grandpa were murdered by Makhno bandits in 1919. His family remained in Ukraine 7 more years before immigrating to Canada. At 14, Bernard accepted Christ as Saviour. He attended 4 winters at Winkler (Man.) Bible Institute. Shortly after meeting Anna in 1942, Bernard was drafted. Refusing to take up arms, he worked as dental mechanic. While he was on a 2-week leave in 1943, they married. He was discharged in 1946. He developed skills as a carpenter in Winnipeg, Man., then moved to Greendale, B.C., in 1947. After trying to make a living on the farm, Bernard and Anna settled in Burnaby, B.C. Bernard was a dental mechanic in Vancouver until retiring at 65. He served Willingdon Church’s Sunday school and seniors’ committee. After moving to Abbotsford, B.C., in 1994, Bernard and Anna participated in Bakerview MB Church’s Bible studies and seniors’ activities. He was diagnosed with a heart condition in 2009.