What's New
Multiply September Ukraine Updates
Volunteers in B.C. honour Leamington woman tragically killed...
Delete or not to delete, that is the...
Believers bring water for drought baptism
Encouragement to those in the arena
Keeping attention and making an impact: A few...
Open hands to reconciliation
From the editor
Approaching truth and reconciliation with love in our...
MB Seminary offers new MA in Transformational Leadership...
Home Life & Faithfeature articles Honorable mention prose: The Jesus bus

She called it the Jesus bus. Actually, it was an ordinary transit bus that stopped near her place and took her downtown when the monotony and confinement of her condo got to her. A cup of tea downtown seemed the right answer to preserve her sanity.

This was just such a day. Lisa ran her fingers through her hair, put on a big smile, turned the key, and ran for her transportation. She sat where she always did – near the middle of the bus – so she could observe people’s coming and going, and note their interaction. 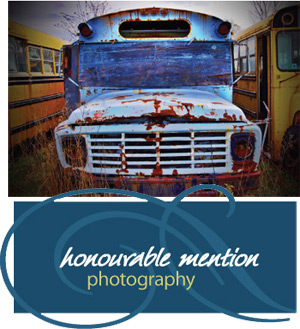 As always, there were elderly women, well dressed and well perfumed, gossiping with their friends. These were joined by aging men, dignified but somewhat sullen, having forfeited their independence and fast cars for a slower, albeit greener and more economical, mode of transportation. There were those going to appointments, and those, like Lisa, who seemed to be going nowhere in particular.

There were walkers, crutches, baby strollers, even wheelchairs – all for which the younger crowd had to vacate their preferred seats at the front to move way to the back. But no one grumbled or was disturbed. It seemed almost as harmonious as a church service; young and old, sick and well, rich and poor, black and white, all sitting together peacefully. To Lisa, this seemed just the atmosphere her Lord would enjoy. She once mentioned this to a friend, only to be shushed: such an environment would not be fitting for the Son of God. I saw some youngsters kissing up a storm, right there on the bus!

But to Lisa, Jesus had always been the champion of sinners and disadvantaged people. “Oh, Lord,” she mused, “I wish you were here!

“You would be encouraging the depressed, discouraging the disgruntled, enjoying the children, and winking and smiling at the younger ones at the back – the ones with the green hair, nose rings, and loud music. (You know they’re just trying to make a statement in their own way.)

“Why, Lord,” Lisa remarked, “you could be doing miracles.”

“I will do miracles through you,” the answer came.

“Through me? You know I can’t do miracles!” Lisa chuckled.

But while Lisa was listing reasons for her inability to do great things, she noticed the elderly woman sitting next to her, deeply engrossed in her own thoughts, as though praying. The woman was plainly dressed, her clothes stamping her as an immigrant. Distress, bitterness, and loneliness were deeply etched on her concerned face.

It appeared this neighbour needed cheering up. So, Lisa started a conversation.

At first, the woman was reluctant, but eventually began to share some of her oppressive burdens. She had come from Afghanistan 15 years ago, and had a son on whom she doted. This favouritism so disturbed her daughters that they became estranged – never phoning their mother, not even for birthdays or Christmases, nor informing her of their whereabouts. This troubled the mother beyond despair!

As the woman unloaded burden after burden, her face began to mellow and brighten. Just to have someone like Lisa to care, listen, and understand her plight, gave the woman a sense of joy. She didn’t have to carry her burdens alone. When she prepared to leave, she smiled in thankfulness. At the exit, she turned to wave at Lisa.

Lisa was perplexed. All she had done was listen and ask a few questions as the woman shared her story. That’s all it seemed to take to brighten the woman’s day, and her dismal outlook on life. Had Lisa been able to do all this? A miracle on the Jesus bus? Or had Lisa started a process to lighten a burden, like planting a seed that God would make grow (see 1 Cor. 3:5–9)?

As she stepped off the bus and went for tea, she wondered if someone else would need the miracle of cheering up that day.

Olga Regehr’s writing first appeared in the MB Herald in 1966. When her children had grown, Olga decided to go to university, completing an MA in history in 2006. Olga is a member of McIvor Avenue MB Church, Winnipeg.

Wesley Reimer
Wesley Reimer is an artist, photographer, and web designer in Kitchener, Ont. Wes and his wife Sandra have two children and attend Glencairn MB Church. You can see more of his work at http://www.flickr.com/photos/mrfussyfont/.