What's New
A FOCUS on Mission
Must Patience Be So Slow?
Harold Jantz: A Heart for the Mennonite Story
Lorlie Barkman: A Life of Creative Engagement
Last Days, First Days
Women in Ministry: Bertha Dyck
January Moment in Prayer “Holy Spirit—Fill Us!”
The Church as the Patient Body of Christ
Advent: Making Much of Jesus: Christmas Day
Advent: Making Much of Jesus: Fourth Advent
Home MB HeraldColumns Discovering God’s plan A 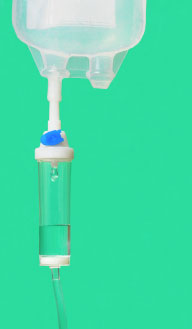 This winter I spent some time stuck in the hospital. I’ve never been a fan of slowing down, but coming to a dead stop felt almost like torture.

As a pastor actively engaged in an emerging ministry among First Nations, I spent my first days in the hospital worrying about all the things that were being left undone and all the people I was inevitably letting down.

In addition to wrestling with my health, I also began to wrestle with God, until eventually I submitted and started to receive what I needed to hear.

Would God’s work in the community be put on hold because I was unable to work? Could my illness be a liability to God’s plans for those I serve? In my mind, the answer was clearly “no,” but my feelings and anxieties betrayed a deeper level of doubt. My inner drive toward productivity, purpose and fulfillment was overriding my trust in our Father who holds all these things in his hands.

I began to think a lot about Abraham – I could relate with some of his struggles.

Sure, Abraham had great faith in God’s promises (Romans 4). This faith led him to leave his homeland and confidently trust that he would become the father of a nation and a blessing to all the world.

Although his faith in God’s ends was commendable, Abraham’s faith in God’s means needed some work (Genesis 15–22). In his desire to see God’s promises fulfilled, he took matters into his own hands.

By choosing what appeared to be the most obvious path – turning to his servant Hagar instead of his elderly wife Sarah – he made no progress toward the fulfillment of God’s promises.

The “Ishmael option” must have seemed, at the time, like an outcome-driven decision to help move God’s agenda forward. In hindsight, however, it proved to be a tragic mistake.

Years later, we see a deeper faith in Abraham as he lay this long-awaited son on the altar (Genesis 22:1–19). In doing so, Abraham affirmed his trust in God’s ability to provide his own less-than-obvious means to his own glorious ends.

As I contemplated these things from my hospital bed, something started to happen.

First, I began to pray with a new level of intensity for those I couldn’t go and physically see.

Second, I started to get some unexpected visitors. Just about every person I had worried about disappointing came and ministered to me.

It began a few days into my hospital stay: I was surprised by a visit from a home-church group that I was supposed to be running. They came from a significant distance with open hearts and open Bibles to “do church” with me right there in my hospital room.

As we shared and prayed together, the number of visitors started to grow. Unbeknownst to me, many people from the First Nations community where this home church normally meets were hospitalized in the same wing. Before long, we needed to shuffle down the hallway to the chapel because we couldn’t all fit in my room.

We had an amazing time of worship and prayer, none of which I needed to lead. The Holy Spirit worked powerfully in my life that day and helped me to let go of the many competing desires in my heart.

I’m feeling much healthier both physically and spiritually than I was during my stay in the hospital. But I haven’t forgotten the lessons of my hospital bed. I’m learning to balance being busy with being prayerful. When I’m tempted to move ahead with outcome-driven strategies, I remember Abraham and I rest in the expectation that God charts his own path to reveal his glory. Sometimes all we need is to pray and wait.

—Derek Parenteau is a church planter with the C2C Network. He has been pursuing peace, justice and reconciliation among Canada’s First Peoples in a worshipping community called Rugged Tree in the Parry Sound region of Ontario since 2013.