What's New
Multiply September Ukraine Updates
Volunteers in B.C. honour Leamington woman tragically killed...
Delete or not to delete, that is the...
Believers bring water for drought baptism
Encouragement to those in the arena
Keeping attention and making an impact: A few...
Open hands to reconciliation
From the editor
Approaching truth and reconciliation with love in our...
MB Seminary offers new MA in Transformational Leadership...
Home Life & Faithfeature articles Desperation and Healing 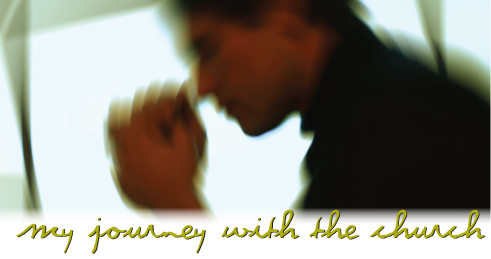 I felt the Bible was the sole place I could go to for answers  I so desperately needed. As I read the Bible, the only thing I saw were Levitical laws condemning homosexual behaviour, and Paul’s response in Romans, equally condemning. The Scriptures resonated with my faith, but were dissonant with my feelings – I felt lost and confused. I thought I was the only Christian struggling with same-gender attraction.

After about eight years, I finally came to the point where I needed to share what was happening inside me. With great fear and nervousness, I told my parents I was attracted to other guys. Understandably, my confession was difficult for them, and they immediately had questions. I didn’t know how to respond; I was scared. So I clammed up, convincing Mom and Dad it was just a passing phase in my life. The truth was, the struggle continued, just as strong as before.

It took about four more years before I finally started to deal with things. I was at the end of my rope. I realized that my attraction to other guys wasn’t going away and all my efforts weren’t getting me anywhere. I reached out with a tentative cry for help to the campus pastor at the church I attended while going to university. I expected shock, but instead found a friend who was willing to help. He stood beside me and helped me find others who could assist me in dealing with my issues. I now have a solid group of people I can turn to. 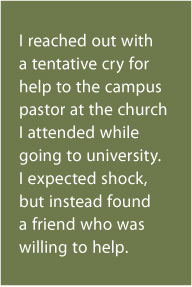 A complex journey and ongoing battle
Dealing with same-gender attraction is a complex process. Those who struggle may need to address several different areas of life along the way. For me, some of those areas included a disconnection with my dad early in life, difficulty fitting in with other guys at school, interests that weren’t typically “male,” as well as other insecurities.

Everyone’s journey with this struggle is different. Homosexuality doesn’t fit neatly in a box with a set root cause, and the process for helping people overcome its pull in their lives is unique. The good news is there are a growing number of resources available to help strugglers, families, friends, and ministry leaders address this issue.

When dealing with same-gender attraction, many people wonder about the prospect of change. Is it possible for a person’s sexual orientation to shift? I know some people whose attractions have completely changed, and others whose change has only been partial, including me. Still there are others who have experienced no change at all. Sometimes it’s difficult to make sense of it all, but I know our God is a redeeming God. I look forward to the day when I will be in heaven and my struggle will be taken away for good.

God’s fundamental desire is for each of us to be in relationship with him. Paul often speaks of celibate singles being best able to devote themselves to God. (See 1 Corinthians 7:7–8.) Even in the creation story, the primary relationship is between God and people. Human interpersonal relationships are secondary.

Whether a person experiences a change in same-gender attraction or not, his or her primary relationship must be rooted in God because only God can fulfill our deepest longings. As we journey with God and find ourselves in him – by dying to self – we find healing. Only then can we recover who the Lord intended us to be. This is the goal for everyone who comes to know Jesus. So, just as alcoholics may experience anything from a complete change to no change at all in their desires, so it is for the same-gender attracted person.

Often, the church still avoids the issue and doesn’t actively reach out to those who feel trapped by same-gender attraction. But there’s a growing need for help as society becomes more accepting of homosexuality. The Bible offers hope to all, so we need to make sure we don’t exclude those who struggle with homosexuality.

There are many ways we can offer assistance. Most of them aren’t easy, but they’re worth the effort. One significant way the church can help is to be more open and involved with the topic of human sexuality in general, both theologically and practically. We need to discuss divorce, adultery, premarital sex, and homosexuality – not as a way of condemning society, but in order to show the damage these things do, and to communicate God’s intentions and his ability to redeem any situation. This can be done through sermons, seminars, discussions, study conferences, and more. Our goal is to destigmatize the issue, so people will feel free to seek help and healing.

Another way the church can help is through building bridges with the homosexual community. There’s a long history of alienation between the church and the LGBT community, so we need to earn the right to be heard again. The best way to do this is through practical demonstrations of Jesus’ love. For example, why not hand out water bottles at the local pride parade, with no strings attached? This isn’t about condoning certain actions – it’s simply aiming to care for another human being and providing an opportunity for God to work through us.

We can also reach out by providing a context for community to those who need one. Too often, those who struggle with same-gender attraction – as well as those who live a celibate life for other reasons – feel a lack of community. The church often focuses on families and couples, which leaves a void for those who are single. Even for those who identify themselves as homosexuals, there is a need for deep, meaningful friendships with people of the same gender. It’s not always easy having these types of friendships, but we need to be there for our brothers and sisters, no matter what issues they’re facing.

As Christians, we’re called to do two things: love God and love others. Our primary task is to love God. When we’re firmly rooted in that, love for others comes a lot easier. So let’s put ourselves out there and break down the walls of silence and hostility so that people who are same-gender attracted can experience God’s grace and redemption.

–Jon Mair is administrative coordinator with
Jericho Ridge Community Church, Langley, B.C.,
and is pursuing his MTh through MBBS-ACTS
after earning his MDiv in 2009.
homosexualityJon Mair
0 comment