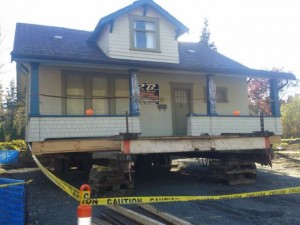 Historic Moisio Residence on the move.

Acquired with the main church building in 1995, historic arts and crafts Moisio Residence had gone from white elephant to millstone around the neck for PMPGMBC. The one-and-a-half storey house built in 1912 is a designated heritage building, which meant very few alterations could be made to adapt it to PMPGMB’s growing ministry needs. In 2000, PMPGMBC purchased a building on Clarke Street to serve as administration offices. 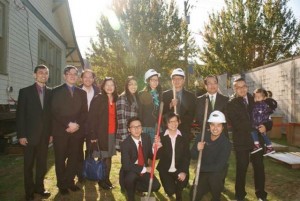 In December 2009, PMPGMBC received notice from B.C. TransLink that the Clarke Street office would be acquired for construction of the SkyTrain’s Evergreen Line. The good news was receiving guaranteed market value for a building routinely shaken by passing trains. The bad news was the need to find new office space on a limited time frame.

Then, a 2010 fire inspection determined the Moisio Residence (called Blessed House by the church) failed to meet safety standards and could not be used unless the building was upgraded. However, its heritage house status complicated any renovations.

While the church was still at a crossroads regarding their space issues, an unexpected opportunity emerged in November 2011. A buyer was interested to purchase and relocate the Moisio Residence. Seeing it as God’s greater plan to the current situation, the church called a special general meeting where the plan to sell the house and erect a new building on the land received 96 percent approval. 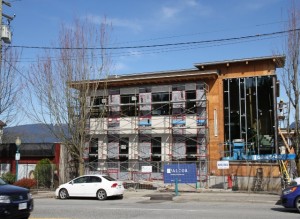 Though the church did not have any savings or a building fund at the time, the congregation began to give wholeheartedly to the New Blessed House building project, under the theme “Giving to Glorify, Building to Bless.” At press time, 100 percent of the $500,000 fundraising goal had been reached.

Through 2013, “God granted us open doors for all the steps and stages, from rezoning to building permits to construction,” says children’s ministry pastor Fiona Wu. The house was relocated on Oct. 26, 2013, and construction on a new three-storey multipurpose Blessed House began before the end of the year. 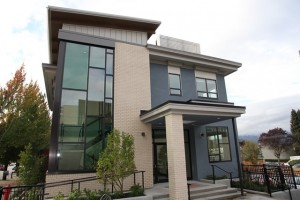 PMPGMB’s New Blessed House, “where all who are thirsty can come and drink from the springs of water through Jesus Christ our Lord.”

“It was truly the hands of God moving this building project from start to completion,” says Wu. “It is our hope and vision to see the church being a lighthouse in this community. May the building be what it was named: a blessed house…where all who are thirsty can come and drink from the springs of water through Jesus Christ our Lord.” 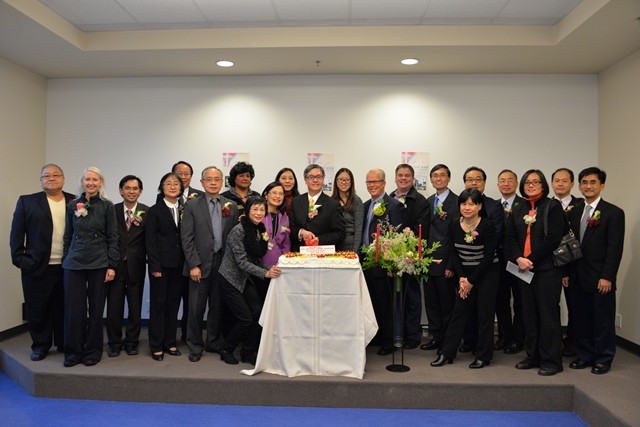 What are Canadian Mennonites eating?

We are in the same family